Humor:
Humour or humor is the tendency of particular cognitive experiences to provoke laughter and provide amusement.
Sense of humor:
A sense of humor is the ability to experience humor.
"He's got a great sense of humor" (= he is very able to see things as amusing.)
Humorist:
A person who writes or tells amusing stories
Humorous:
Funny, or making you laugh.
"Her latest book is a humorous look at teenage life"
Amusing:
Adjective. Entertaining. "an amusing story/person/situation"
Comedy:
1. Any humorous discourse generally intended to amuse, especially in television, film, and stand-up comedy.
2.The amusing part of a situation.
"I prefer Shakespeare's comedies to his tragedies."
"The candidate forgetting his lines in the middle of the speech provided some good comedy."
Comedian:
A person whose job is to make people laugh by telling jokes and amusing stories or by copying the behavior or speech of famous people:
"a stand-up comedian."
Black humor:
An amusing way of looking at or treating something that is serious or sad.
Crack:
Verb. To make a joke or a clever remark. "He's always cracking jokes."
Droll:
Adjective. Amusing, especially in an unusual way. "A droll remark/expression/person."
Dry humor:
Dry humor is very amusing in a way which is clever and not loud or obvious:
"a dry sense of humor."
"a dry wit."
Facetious:
Not serious about a serious subject, in an attempt to be amusing or to appear clever:
"Facetious remarks."
"He's just being facetious."
Funny:
Adjective. Amusing; causing laughter:
"Do you know any funny jokes?"
"It's not funny - don't laugh!"
"No matter how disastrous the situation there always seems to be a funny side to it."
Gag:
Noun (INFORMAL.) A joke or funny story, especially one told by a comedian (= person whose job is to make people laugh):
I did a few opening gags about the band that had been on before me."
Gallows humor:
Noun. Jokes or humorous remarks that are made about unpleasant or worrying subjects such as death and illness
Hilarious:

Adjective. Extremely amusing and causing a lot of laughter:
"He didn't like the film at all - I thought it was hilarious."
Jest:
Noun (FORMAL). Something which is said or done in order to amuse:
"His proposal was no jest - he was completely sincere."
Joke:
Something, such as an amusing story or trick, that is said or done in order to make people laugh:
"Did I tell you the joke about the chicken crossing the road?"
"She spent the evening cracking (= telling) jokes and telling funny stories."
"He tried to do a comedy routine, but all his jokes fell flat" (= no one laughed at them).
Don't you get (= understand) the joke?
Laugh:
To smile while making sounds with your voice that show you think something is funny or you are happy:
"They laughed at her jokes."
"I couldn't stop laughing."

A way of criticizing people or ideas in a humorous way, or a piece of writing or play which uses this style. Satire may rely more on understanding the target of the humor, and thus tends to appeal to more mature audiences. :
"Political satire."
"Her play was a biting/cruel satire on life in the 80s."
Wit:
The ability to perceive and express in an ingeniously humorous manner the relationship between seemingly incongruous or disparate things. 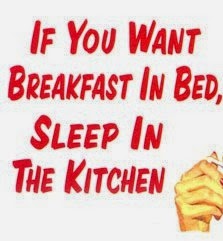