affirmative  Indicating agreement, or a positive approach.
ambitious  Having a strong desire for success or achievement.
anti-discrimination legislation  Legal measures taken to protect minority and disadvantaged people against prejudice and discrimination in the workplace.
appraisal  An evaluation or (updated) assessment process offered to employees, often carried out on an annual basis and leading to training opportunities, promotion, etc.
assertive  Having a positive and insistent approach to interpersonal relationships.
assessment  The process of judging the worth or value of something or somebody.
benefits  An allowance (usually financial) to which a person is entitled. These could be sickness or unemployment benefits, or a financial incentive as part of a salary offer.
blue-collar  Relating to manual industrial workers (cf. white-collar).
bonus  Something given or paid above what is expected.
brainstorming  Intensive and spontaneous discussion process to generate ideas.
buzzword  a currently fashionable word, typically used within a particular group, which has popularity for a limited time. 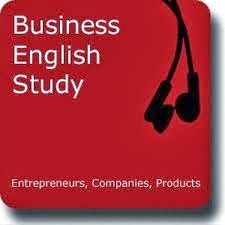 collective bargaining  Negotiation between unions and employers (or employer organisations) on incomes and working conditions of employees.
compensation  Payment made as reparation for loss or injury.
compromise, to  To settle a dispute by making concessions.
compulsory  Obligatory, required by laws, regulations or policies (cf. voluntary).
concede, to  To admit or agree that something is true or correct.
core jobs  The essential tasks that make up the fundamental part of an enterprise.
CV (curriculum vitae)  An outline of a person’s education and professional history, usually prepared for a job application (also resumé).
deadlock  A situation reached (eg. In a negotiation) between two opposing parties where no further action is possible.
delegate, to  To pass on given tasks or duties to someone else.
dispute  An argument or disagreement.
downsizing  Reducing the workforce, usually to cut costs.
expertise  Special skill, knowledge or judgement.
flexitime  A system permitting flexible working hours.
glass ceiling  The subtle and unacknowledged barrier which may be perceived as preventing women from rising to the top in some organisations.
golden handshake  A compensation package for an executive leaving a company.
golden hello  A large sum of money offered to an executive to join a company.
hard-headed  Tough, realistic or shrewd.
harassment  Persistent annoying or insulting behaviour, often inflicted on a less powerful individual or group (eg: sexual harassment, racial harassment, etc.).
headhunter  Specialist recruitment consultants who try to persuade executives to leave their present job to join another company.
Human Resources  (HR)  Preferred alternative term for personnel in a company.
incentive  A payment made to motivate or increase performance.
industrial relations  Relations between management and workers’ representatives.
Knowledge Management (KM)  The management of organisational processes that combines the control and implementation of data, the information processing capacity of IT, and the creative and innovative capacity of human beings.
lean management  Reducing costs within an organisation to the minimum – often used as a euphemism for the process of cutting staff. (lean = slim, with the ‘fat removed’).
loyalty  The state of showing continued faith in, or support for, someone or something.
lump sum  A large payment made in one single instalment.
maternity leave  A period of paid absence from work for women, for an agreed period before and after the birth of a child. (cf. paternity leave).
negotiate, to  To work through a process to find an agreement or common ground.
networking  Forming business contacts through informal, social meetings and events.
outstanding  Superior, excellent or distinguished.
overtime  Work recognised as done in addition to the regular hours of employment.
overlook, to  To fail to notice something; to deliberately disregard something.
oversee, to  To watch over or supervise.
paternity leave  A period of paid absence from work granted to men who choose to look after their children at home in order that their partners can go out to work.
peer group  Those people who are considered to be on the same level (either in age, social or professional status, position in a company, etc.). Also peer pressure, peer recognition.
pension  A regular payment made by an employer to a retired employee, or by the state or other organisations to people after retirement or injury.
performance payment  An incentive bonus, in addition to the basic salary, calculated on the performance of the employee.
perks  A term used to describe non-cash benefits offered to employees.
personal  Relating to the private aspects of a person’s life.
personnel  The people working for an organisation; the human resources.
persuade, to  To successfully influence somebody to do something.
poach, to  To steal, to take something from somebody else by stealth. (cf. headhunters).
positive discrimination  The provision of special opportunities in employment, training, etc. for groups perceived as disadvantaged (women, disabled people, ethnic minorities, etc.).
probationary period  An initial test period when something (or somebody) is introduced.
rate  A price or charge made with reference to a standard or scale. For blue-collar staff, this is often a rate of pay which is an hourly rate.
rationalisation  To reduce unnecessary equipment, personnel or processes.
recruitment  The process of finding new staff and bringing them into an organisation.
re-engineering The re-designing of a product or process to make it more efficient. In HR management this term is often used as a euphemism for reducing staff.
relocate, to  To move to a new place.
reputation  A high opinion held about someone or something.
self-esteem  A favourable opinion of oneself.
shop steward  Someone elected by workers to be their trade union representative.
short-list  A list of suitable applicants for a job, selected for interview.
skills  Special abilities, often acquired by training.
trade union  An organisation that represents workers’ rights.
trustworthy  Honest and reliable, considered someone to be trusted.
undermine, to  To gradually and deliberately weaken someone’s position.
union resistance  Resistance by trade unions to management practices.
vacancy  a job, or employment opportunity, usually offered (internally or externally) in the form of a job advertisement.
versatile  Capable of adapting (or being adapted) for many different uses.
voluntary  Done by free choice, without being obliged or forced (cf. compulsory).
white-collar  Relating to salaried, non-manual workers (cf. blue-collar).
whizz kid  A person who is pushy and energetic and successful for his/her age.
willing  Favourably disposed to do something; compliant and co-operative.
workforce  The total number of people employed by an organisation.